Physical setbacks a k a coughing and snoring 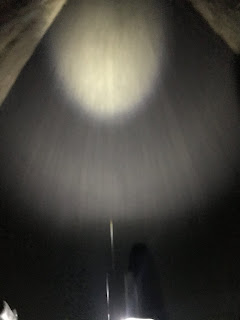 Yes, it’s that time if the year when getting hit by various bugs and viruses is unavoidable(?).
So the plan to work on some basic fitness have been forced to be put back a couple of weeks. (Even the blogging has suffered the last two weeks.)

But STILL! The commuting by bicycle is ongoing despite this!
Every day, today was day 70 (well, almost every day, unfortuntely had to use the car to work for 3 days since August).

Creating a habit of just get up and ride the bike despite what the body tells you, whatever the weather throws at you, will be vital once the big ride across the USA is underway. This idea of creating habits is also scientifically proved:

Old Habits Die Hard. This is because the area of the brain where many habits are formed, called the basal ganglia, remembers pathways that nerves fire on. ... This is one reason why habits can be so difficult to break: even after years, the right trigger will set a broken habitpattern into motion.
Upplagd av CyklistenDaniel kl. 02:21